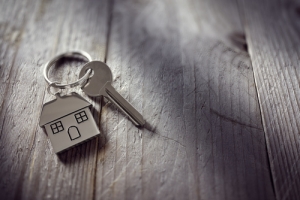 Local zoning codes established by a town, village, or city control and establish what you can do with your property, as well as the size and boundaries of structures. Those codes can change over time, resulting in potential problems for property owners. This is increasingly an issue for many owners as localities look to prohibit certain uses of property because of growing concerns of conservation, exposure risks, etc. However, owners are often protected from a change that makes a pre-existing use illegal because they are considered to have a “prior non-conforming use.”

If a property owner wishes to use his/her property for a purpose which is prohibited by the zoning code (i.e. the person wants to run a business in an area limited to residential use), the owner must obtain a use variance from the local zoning board of appeals. This process can be timely, difficult, and expensive. However, if the zoning code is modified in a manner which would prohibit a use which had previously been permissible, the property may continue to be used in the same way if it is a prior non-conforming use.

Zoning codes typically protect prior non-conforming uses due to the potential violation of a property owner’s Constitutional property rights if the government were to simply require owners to discontinue a property use which was perfectly acceptable prior to a zoning code amendment. As a result, localities will often protect the right to continue a use as a “prior non-conforming use,” but they usually only provide bare minimum protections.

The rules regarding non-conforming use typically include the following:

Because the rules governing non-conforming uses are limited, property owners who receive notice of a potential zoning change which impacts their use of the property should take several important steps:

If you already have a prior non-conforming use and you are considering ceasing a use, renovating or replacing structures, or making other property changes, beware of giving up your non-conforming status. Consult with a land use attorney before taking any steps which may impact your rights.

Read more about our zoning and land use practice.

This post does not constitute legal advice or establish an attorney-client relationship.